Out of this world is hardly adequate to describe this film. 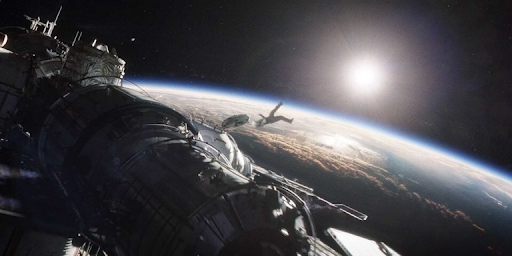 Sandra Bullock and George Clooney star as astronauts in orbit and disaster strikes when some satellites are destroyed and create a lethal wave of debris.

Making repairs to the Hubble telescope Sandra Bullock plays a engineer/scientist Ryan Stone and George Clooney the veteran astronaut Matt Kowalski. In this role Bullock outshines Clooney in a big way. Women seem to like him but he cannot act as well as the leading lady. She has come a long way from the comedy role of Miss Congeniality and for me can be classed the best.

However the really big star of this movie is the special effects. In orbit around the Earth you experience the amazing views of our home. Early on it is explained that without air you have no sound, this phenomenon makes the disaster that follows really weird. 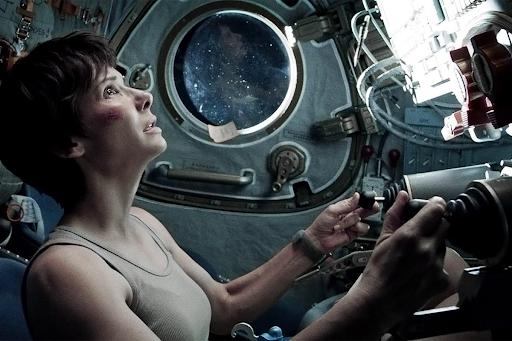 Incredibly most of the film was shot in a green room and the actors had to act out looking at the spectacular sights without actually seeing it. This is where Sandra Bullock excels, she makes you believe you are there. Yes this is a movie that really should be seen on the big screen but it is not lost on the TV. Recommend you watch it as soon as possible, Apollo 13 was great this is just as good but with better effects.